The Condition of Female Education In India

India is home to over 23 official languages and 67% of the population lives in rural environments. These factors make it difficult for the nation to regulate various social sectors, especially education. Since its independence in 1947, the nation has worked to standardize education and make schooling more accessible; in 1993, India also ratified the Convention on the Elimination of Discrimination against Women (CEDAW), making the nation obligated to repeal any laws that discriminate against women and to take governmental action against further discrimination.

Indian education is evaluated through the Effective Literacy Rate which measures the percent of the population over the age of 7 who are literate. On this metric, Indian education has been steadily improving: 52.2% in 1991; 64.8% in 2001; and 74% in 2018. Despite this statistical progress, this data fails to represent the disparity of literacy within various demographics. A literacy rate of 86% exists in urban areas, but this number drops to 71% in rural India. Literacy also varies from state to state; E.g., 93.91% in Kerala and 63.82% in Bihar. 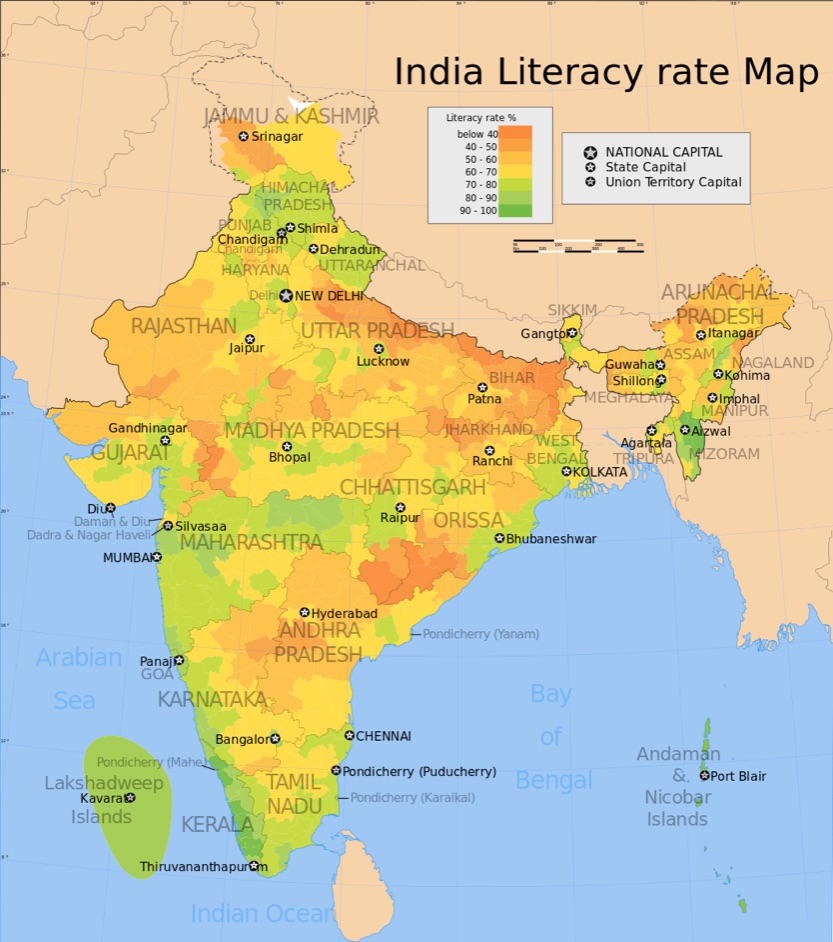 These differences indicate the barriers to education as rural environments have worse access to schooling and each state has its problems hindering the development of a more educated population. However, a considerable difference in literacy exists between boys and girls. The average literacy gender gap is 21% and is not affected by regional or state differences as female and male students living in the same town or village should have equal access to schooling. However, this is not the case. Throughout the nation male literacy varies from 96 and 73% while female literacy varies from 92 and 52%. Additionally, in 11 out of India’s 35 states, male literacy is over 90%. Female literacy exceeds 90% in only 1 state.

This single state is Kerala with an average literacy rate of 93% and a gendered literacy rate of 96.02% for males, the 2nd highest in the nation, and 91.98% for females, the best in the nation. Kerala often stands as a case study for female education in India as it proves the possibility of developing a high female literacy rate and the resulting social benefits of this education. Women makeup around 48% of the population and are disproportionately the ones who raise children, thus education makes them more equipped to ensure a better future for their children and lessen a variety of other social issues. As more women have become educated in Kerala, there has been:

It becomes clear that educating women has a domino effect on various other social problems and human rights concerns. The adage rings true, “If you educate a woman, you educate a nation.” These benefits make it clear that educating women is vital to pushing society forward. Kerala has had this success because the government has made education a priority. Starting in 1958, the state assembly enacted the Kerala Education Act. This history of valuing education and taking concrete steps to increase education remains today with the programs funding midday meals, uniforms, and even education for the elderly, dropouts, and neo-literates. 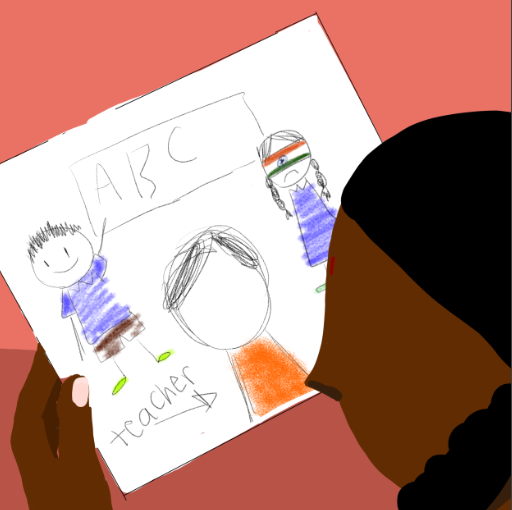 The government of Kerala is willing to put money into programs that improve education– programs that improve society and the wellbeing of all living within the state. Education rates are improving in India, yet both the local and federal governments must assign more resources to the education of women and girls. Creating an educated society takes funding, yet the benefits far outweigh the costs. Other Indian states need to follow Kerala’s footsteps, demonstrating their value of women through concrete policy changes. Education is vital to human rights and women have a unique place in this story; they are often overlooked by government programs, yet the education of women is the linchpin of communal progress. To foster female education is to nourish the whole of India.

Julian is a freshman studying History and Philosophy at Cal. He is currently a writer for The Rights Stuff at UC Berkeley. View all posts by Julian Sanghvi